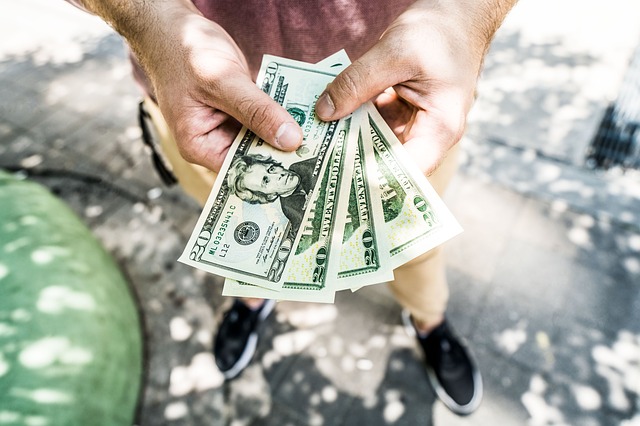 How Is Money Created?

In the United States (and many other countries), the question “How is money created?” comes up a lot. The treasury isn’t just printing cash all day, if they were the government debt would be zero! In the US, money is created as a form of debt. Banks create loans for people and businesses, which in turn deposit that money in their bank accounts. Banks can then use those deposits to loan money to other people – the total amount of money in circulation is one measure of the Money Supply.

When a person or business puts money into their bank account, it is called a “deposit”. This can be both money you are saving for the long term, or just a normal checking account used for everyday purchases. Savings accounts are generally paid interest.

When a person or business wants to take a loan from the bank to buy something, the bank uses the deposits from all of its clients in order to make that loan. Long-term savers are paid interest in exchange for letting the bank use their deposits to make these loans, but money in checking accounts can also be used (which is why some accounts charge no fees if you have a certain minimum balance).

Once the loan is taken out, the person can either take the money as cash, or (much more typically) deposit it back in to their savings or checking account. This means the money can be used to make another loan, so banks can re-lend the money again and again.

This means that virtually every dollar a bank lends out was, at some point in the chain, borrowed by someone else. The total amount of money in the economy is directly dependent on how many people and businesses have taken out loans. Even deposits made by people as income were almost certainly borrowed at some point. For example, consider this chain:

In this example, Local Banks and Loans has technically used the same $200,000 in its loans to Peggy and Frank, which was also used by a construction company to buy software, and a software company to pay its employees. The same $5,000 was used to buy a house, pay for software, hire an employee, and start a restaurant!

To prevent banks from loaning out the same dollar infinitely, there are rules called “Reserve Requirements”. For every $100 loaned out, the bank must keep $10 on “Reserve”, meaning not re-use it on other loans. This reserve requirement can be held in the bank vaults as cash, or on deposit with the Federal Reserve Bank.

So if there is a reserve requirement, how is money created in the first place?

Relationship With The Government

When the government needs to spend money, it gets its revenue through taxes and by selling Treasury Bonds, which is effectively borrowing money from investors and banks, as well as the Federal Reserve Bank. The revenue it receives from sales of bonds to the Federal Reserve Bank is then injected in to all the other banks as the government spends money, which is what creates the initial cash “seed” that all other lending is based on – the economy buys debt from the federal government, which uses the cash to feed back in to the economy.

Historically, currency has been “backed”, or readily converted in to, some material good.

Even though money is created by debt, we can say that it is “backed” by the value of all the goods and services that we use that debt to produce. Without Peggy’s loan (and other loans like it), Carlos could not buy the software, and Alice would not have been able to hire Bob to write it.

In ancient history, the question “how is money created” was easy to answer – they dug it up!

The primary form of currency for thousands of years was gold and silver – these metals were mined, then minted into coins. If a government wanted to “print” more money, they would melt down existing coins, then mix the gold and silver with cheaper metals (like iron and copper), then mint new coins (and hope people didn’t notice the difference).

Paper money came into existence first by banks similar to what today we would call “certificates of deposit”, or CDs. As proof that you deposited some amount of money at a bank, the bank would give you a piece of paper engraved with the bank’s information and the amount you deposited. You could then come back at a later date and request that amount in coin, or give another person authorization to withdraw some of your deposit for you (similar to a “check” today).

As more and more customers came to each bank, they standardized the certificates in set amounts, and issued people what looked like today’s money. However, since each bank was issuing their own notes, you would need to go to each bank individually to request the coins, then take them back to your own bank.

Before we started using debt as money, all money in the United States was “backed” by gold and silver – each dollar represented a specific amount of gold, and banks needed to move gold reserves between them each time someone wrote a check. This process was very expensive and time-consuming, and also meant that the total amount of money in circulation was directly proportional to how much gold was mined.

There were also reserve requirements under the Gold Standard, the reserve was simply an amount of physical gold that a bank needed to be holding at all times. This meant that when people and companies wrote each other checks, banks had to physically ship gold out to other banks every day (this was often done by rail, which is why rail robberies used to be common).

This meant that if there was an economic expansion, but gold could not be mined quickly enough, there could sometimes be not enough money to go around, causing the expansion to slow. This also meant that the government is not able to start spending money during recessions as “relief”. The Gold Standard was ended in the United States in 1976.