Previous: What is a Ticker Symbol
Next: How Do I Diversify A Portfolio
Getting Started

Bonds are essentially a much more formal I.O.U (I owe you) used to borrow money. You buy the bond in return to interest over a given period of time. When a corporation or government needs money they issue bonds that people buy. In turn, the issuer (the person who sells the bond) takes the money. However, no one would buy something if they didn’t get something in return, so the issuer will offer to not only pay the person back at a specified date but also provide some interest along the way.

There are two major types of bonds:

Government bonds can be traded by normal investors, but they can also be bought and sold between countries (if you hear a news pundit mention that the US government owes money to another country, like China, it is almost always because that country purchased a very large number of government bonds), or even between different parts of the government.

In the United States, the Federal Reserve buys and sells bonds from the US treasury bonds in order to influence the prevailing interest rates, for example.

Corporations can also sell bonds, which is essentially borrowing money from a large pool of investors. Smaller companies can usually just take loans out from a bank, but if the company is very large (like Apple (AAPL), they use more cash than banks can usually give out in one single loan. Instead, they will issue bonds to investors, with a promise to pay back at a certain date with interest.

Bonds are one of two ways that companies frequently use to raise extra cash that they use for investment and expansion; the other is by issuing stocks. However, there are very important differences between the two:

Bonds can be bought and sold just like stocks, or they can be bought once and held to maturity at which point they will expire and return the face value. Essentially, when you buy a bond and hold it to maturity you will receive a certain predetermined interest rate (or coupon).

Remember that while a bond represents an amount of money that you lent to a government or company, they can still be bought or sold between investors like stocks. This means that you can buy a bond from Google (GOOG), but then later sell it to another investor who will then continue to collect the interest and receive the amount you initially lent Google when you bought the bond. Similarly, you can buy bonds from other investors rather than buying them directly from the company that issued them.

Investors typically will buy bonds when they are very “Risk Averse”, meaning they would rather have the guarenteed payment of regular interest than make “riskier” investments like stocks, whose value can rise and fall a lot over time.

Here a few terms that are important when looking at bonds:

The face value, also known as par value or principal is the amount of money you will receive when the bond matures. This is almost always $1000 but there can be exceptions.

This is the amount of interest you receive on your bond every year. It is usually stated in terms of the coupon rate (in percent). You then multiply your coupon rate by your face value, which in most cases will be $1000, to get your coupon. For example, if a bond is quoted at 4.00% you will receive $40 every year. Bonds can also be paid multiple times per year and are usually semi-annual (twice a year). In this case your coupon rate stays the same at 4.00% but you would receive two coupons of $20 instead of one coupon of $40.

The maturity date is when the bond expires. If you are holding the bond on the maturity date then the bond Issuer will pay you the face value of the bond, which is almost always different from what you initially paid for it. In addition to the face value of the bond, if your bond had a coupon then you will also receive one final payment of whatever interest has accrued since the last payment was made. After this point the bond issuer’s debt to the bond holder is considered to be settled.

Since bonds are bought and sold between investors just like stocks, the value that they are bought and sold for on the market may not be exactly the same as the interest payments left until the bond expires and the face value. This is a very difficult concept to understand for many investors but is essentially the return you obtain when factoring the price you paid for your bond. The bond’s price is affected by the risk free rate and the bond’s own rate, as well as many other factors. The higher the Yield, the better the bond looks compared against other investments.

The interest payments on bonds are not paid daily; they are usually paid out once or twice a year (depending on the bond). However, the bond issuer owes whoever holds the bond interest for as long as they held it; if you only own a bond for a day, you are still entitled to one day of interest.

This is important for investors who buy and sell bonds a lot; if you own a bond that pays interest once per year on July 1st, but you sell it to someone else on June 15, you are entitled to most of the interest payment that they will receive from the bond issuer on July 1.

For example, lets say John bought a 5% 10 year semi-annual bond on the day it was issued and waits one year and 2 months before selling it to Kelly. This means John received two $25 coupons in the first year, and is entitled to another $8.33 from the bond issuer on top of the price he sold the bond for. This is because he held it for another two months hence 2/6 * $25 = $8.33.

When looking at Accrued Interest, it has a huge impact on bond’s prices. Investors look at this in terms of a bonds “Dirty Price” and “Clean Price”. The Dirty Price is the price the bond trades for on the markets (if, for example, you bought a bond from another investor). This price does not subtract the accrued interest from the bond’s value. The Clean Price is the price with that accrued interest factored out.

When you get a quote for a bond, you are almost always quoted the “Clean Price”, but when you buy it you will always pay the “Dirty Price”.

A rating is given to bonds to determine their level of riskiness. They are generally performed by third party auditing firms such as Standard and Poors, Moody’s or Fitch. Ratings system differ from company to company but it is important to know the difference between different bond ratings. The most common bond ratings are as follows:

Nearly every balanced portfolio should have a place for bonds, if only for their strong safety while still beating inflation. Bonds can also be very risky, such as junk bonds (bonds issued by governments or companies that are very likely to not be able to pay back), that may pay high coupon rates but have a high risk of default. There are also many different types of bonds as well, such as convertible bonds that can be turned into stocks or inflation protected bonds that simply follow the rate of inflation.

You can also get exposure to bonds through bond ETF’s such as BND or LQD. They have some notable differences between bonds with regards to tax considerations and returns but are much easier to trade.

If they are allowed in your contest, you can use the [link name=”bonds” dest=”/trading/bonds”]Bonds Trading Page[/link]. 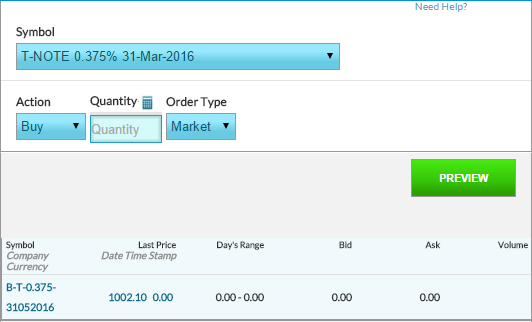 One response to “What are Bonds”