A “Contract” is a legally binding agreement between two parties (people, companies, or both). Having a contract means that if one party does not keep their word, the other can sue them in court to either force them to fulfill their side of the agreement, or pay back compensation.

What Makes A Contract Binding?

Not every agreement is a binding contract, but every contract has a few necessary parts.

Tips To Get Rich Slowly
If you have ever seen a news article about a CEO who has a $1 salary, it is because of Consideration. He or she would not have an employment contract if the company did not have to give up something!
“Consideration” means both parties have something required of them, something they would not normally be doing except as part of the agreement. If one party is agreeing to do something but the other party does not need to do something else in exchange, it would be considered a gift and not a contract.

The “Offer” is what each party says they will do. The offer needs to be very clearly defined to make sure both sides know exactly what they are agreeing to do, and what they are getting in return. The “Acceptance” means that both parties agreed to take each other’s offer. If you do not have a very clearly defined offer, you do not yet have a contract. Likewise, if both parties have not yet fully agreed to the offers, they do not yet have a contract.

For example, if Alice owns 10 shares of Google GOOG stock and offers to sell some of her shares to Bob, and Bob agrees that he will buy them. They do not yet have a contract. This is because the Offer was not yet clearly defined – the agreement does not include how many shares, at what price, or when Bob would receive them.

Now let us say that Alice comes back and says she will sell 5 shares of Google GOOG at $700 each to Bob, and he will get them next Monday morning. In this case, we still don’t have a contract yet. Bob agreed that he wanted to buy some shares, but he did not yet agree to this specific offer of 5 shares at $700 each next Monday, so we do not yet have an agreement.

Intention To Make A Legal Contract

Both parties need to actually intend to make a legally-binding contract. This might seem obvious, but this is the key difference between an informal agreement and a binding contract. For example, you might have an agreement where you mow your neighbor’s law for $10 a week. There is a clear offer and clear acceptance, but since the consideration is so low for both parties, it may not be clear that both parties intended the contract to be legally binding – just an informal agreement.

What Can Void A Contract?

If you have your Consideration, Offer, Acceptance, and Intent, you might still not have a contract because of a few factors that can break them. 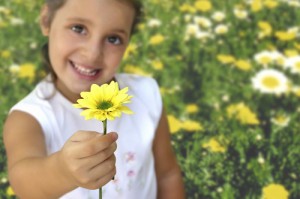 Pictured: someone who could not enter a legally-binding contract to sell you that flower

“Legal Capacity” means that all parties need to be able to make a contract to begin with. There are a few ways someone might be considered to not have the legal capacity to enter a contract:

There exceptions to these exceptions too – someone under the age of 18 can still enter a binding contract for a “necessity” (like food or shelter), but not for most other things.

All contracts must be entered in “Free Will”, meaning you can’ force someone to enter into a legally-binding contract (so the mafia can’t force you into a contract by threat, for example).

Even if you have everything else, your contract might still not be valid because it is asking something illegal. For example, you can’t have a legally-binding contract to sell illegal drugs.

Does A Contract Need To Be In Writing?

It depends! Generally speaking, verbal contracts are a lot harder to prove they have all the necessary elements, but if you have witnesses, it might still be legally enforceable. Some contracts, such as land sales, do need to be in writing.

If you want to make sure you have a legal contract, you should always get it in writing.