Previous: 1-08 Gold and Other Precious Metals
Next: 1-10 Real Estate
chapter1 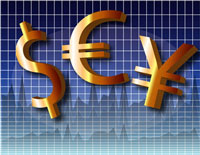 Investing in FX (foreign exchange), currency speculation, and hedging are variations of the same basic investment strategy—you are betting that one currency will strengthen or weaken against the other. Not for the faint-hearted, these investments involve more due diligence and savvy than all of the other security types we have covered so far. Trading in FX is requires a strong macro-economic background and an understanding of interest rates as well.

Currency speculation and hedging (usually through hedge funds) are similar. You invest in foreign currency believing (sometimes just hoping) that the exchange rate against the dollar becomes more favorable – and profitable over time. As you can imagine, you can make or lose a great deal of money in the arenas of FX (also called FOREX), currency speculation, and hedging.

You should become very knowledgeable or employ a trusted expert to help you become a smart and successful investor in these areas. Most advisors would agree that this area is consistently one of the most “exciting” options for investors.

Don’t trade FX unless you have an MBA from one of the top business schools, you have a mentor, AND you have $100,000 to burn.