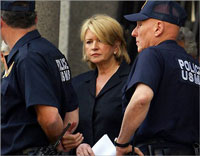 Insider transactions and trading has become a sensitive topic in recent years. Most thoughts tend to be negative (images of Martha Stewart in prison may spring to mind), giving the impression that all insider transactions are illegal or unethical. Not true.

Technically, insider transactions involve an employee of a company trading his own company’s stock or other securities. However, just because an officer of a company bought or sold his company’s stocks doesn’t mean that he was acting on knowledge that was not available to the investing public. Company employees buy and sell their shares quite frequently as they receive stock options as part of their compensation package, exercise those stock options, and then sell the shares they received from the options.

Obviously, company officers, management, and other employees often, by necessity, have access to internal information that fits a “non-public” definition. However, simply having this information and trading company securities is legal and acceptable. The public, the SEC (Securities and Exchange Commission), and the Attorney General’s office will have no issues with normal trades by “outside insiders.”

The problem (and illegality) with insider transactions arises when corporate employees learn of “material information” (important issues, good or bad) that spurs them to buy or sell their own company’s securities. Should these trades involve executives or officers of the company, they may violate their “fiduciary responsibility” that comes with their powerful positions, which mandates trust, confidence, and honesty.

However, there is a way to profit from the legal trades of insiders. A company’s management is given windows of time each year to make legal purchases or sales of their company’s stock. And these transactions are all public information.

Doesn’t it make sense that company insiders would have the best view as to the future business prospects for its company? That’s the theory behind following the insider transactions of a company’s stock. If an insider makes a big purchase of their company’s stock, it’s usually a very positive sign, while the opposite is equally true.

Many websites offer insider trading information based on the forms that insiders must file with the SEC when they trade. The MSN Money site shows you insider transactions by stock tickers. 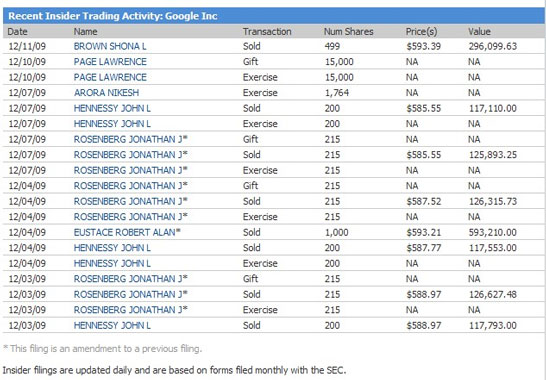 As part of my fundamental analysis of a company, I always like to see the insider trading trends. Some people swear by it, but I’m just a little suspicious. Just because an insider or two is selling shares (maybe one is buying a new house and the other is doing some estate planning) doesn’t mean the stock is not a good value—it just means that someone at the company is buying a nice house.